community of the Northeast San Fernando Valley since 1988. Based on his belief

that the achievement gap is directly related to the opportunity gap, he has made it

education and opportunities he would expect for his own children.

assistant and after school supervisor. Shortly thereafter, he became the science

coordinator for LA’s Best, where he supervised the after school science programs for

22 schools in the LAUSD. It was here that he began to see not only the dire need for

strong educational programs, but also the great rewards that follow, as he played a

to AstroCamp in Idyllwild, California and Space Camp in Huntsville, Alabama. In

1994, he became an elementary school teacher. Within 2 years, he was recognized

impoverished youth. In 1996, he began working at Olive Vista Middle School where

grade English and Algebra. In 2006, he founded and coordinated the prestigious

Technology House Freshman Academy. In 2008, the Association of Mexican

American Educators named Mr. Regalado the “Mexican-American Teacher of the

Year'' for his contributions to education through intervention and enrichment

programs. By 2011, he had moved into school administration at Vaughn Next

that in order to make the greatest impact possible, he would have to step away from

his beloved classroom of 17 years. Mr. Regalado earned his BA in liberal studies

from California State University, Northridge, and his graduate degree in 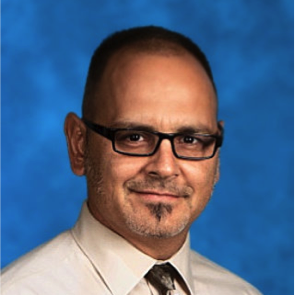